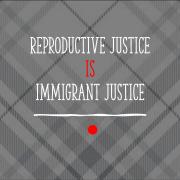 Texas is the capital of the uninsured.[1]

Texas is one of twelve states that did not expand Medicaid eligibility to cover individuals whose income is between 100% and 138% of the Federal Poverty Guideline.[3] Studies have shown that those who are uninsured are also most likely have low income. Latinos are nearly three times more likely to be uninsured than Whites in Texas.[4] Non-citizens who made up more than 30% of the people without health insurance in Texas are three times as likely to be uninsured as natives. More than 45% of unauthorized immigrants went without insurance in 2018, compared to 10% of U.S. natives and 23% of those with lawful immigration status.[5]

For more than a quarter century, low-income non-citizens, with few exception,[6] who have insufficient work history in the U.S. are not eligible for Medicaid and other federal benefits. Immigrants must navigate a patchwork of healthcare that is often confusing and costly. Family separation, public charge regulation, and mass expulsion during the last administration created additional and lasting chilling effects that discourage immigrants from accessing healthcare. Immigration status is a social determinant of health: being an immigrant limits behavioral choices that “directly impacts and significantly alters the effects of other social positioning, such as race/ethnicity, gender, or socioeconomic status, because it places individuals in ambiguous and often hostile relationships to the state and its institutions, including health services.”[7] Immigration status not only affects the immigrants, but it also impacts the health of their children even though the children are U.S. Citizens. This is evident when parents disenrolled their children from Medicaid and food assistance programs when the now repealed public charge regulation surfaced.[8]

The latest Supreme Court decision in Dobbs v. Jackson Women’s Health further complicates immigrant women’s already constrained access to reproductive health services. National data show that overall, Black, Hispanic, American Indian and Alaska Native, and Native Hawaiian and Other Pacific Islander women of reproductive age are more likely to be uninsured or relied on Medicaid for healthcare coverage. They have more limited access to health care, which affects their access to other reproductive health services, such as contraception and other sexual health services, as well as maternal and infant health. The long history of racist healthcare practices targeting sexual and reproductive practices of women of color, and discriminatory practices of healthcare providers, together with stereotypes, assumptions, inattention, and dismissive attitudes have led to mistrust, lower and delayed healthcare usage among women of color. Delayed or lack of prenatal care has meant that people of color are more likely to experience certain birth risks and adverse birth outcomes such as preterm, low birth weight, higher risk of dying for pregnancy-related reasons or infant mortality.[9] Among women of the 18-49 age group, 35% Asian women, 27% Hispanic women, and 20% Native Hawaiian and Pacific Islanders are noncitizens. Many who are citizens live in mixed immigration status households, travelling out of state to access abortion may risk adverse criminal and immigration consequences. In addition, low-income immigrant women, documented or unauthorized, must overcome barriers such as financial, transportation, childcare, work schedule, education, English proficiency, and internet access in making healthcare decisions.[10]

Women made up about half of all immigrants, 95% of them are of childbearing age.[11] As advocates for immigrant rights, we must recognize the intersectionality of immigrant justice with economic justice and reproductive justice. In passing Violence Against Women Act and creating waiver from joint petition for victims of domestic violence, Congress had recognized the connection between immigrant justice and reproductive justice and passed laws to protect immigrant victims of domestic violence to break the power and control wielded by the citizen spouse and abuser who hold the power to confer immigration status to the immigrant spouse. Reproductive justice is not just about the right to end a pregnancy, it includes the right to control one’s reproductive future, the right to decide when or whether to have a family, the right to have a healthy pregnancy, and the right to have safe and healthy families and relationships. Reproductive justice is a crucial scaffolding to social justice. Our immigration system is replete with measures to control immigrants’ reproductive freedom. In 1875, Congress passed the Page Act to limit the immigration of Chinese women, which together with anti-miscegenation laws and laws barring the immigration of Asians, removed Chinese immigrants’ ability to form or reunite with families. The continued practice of separating immigrant families on the border by splitting spouses into different detentions, removing children from fathers or other guardians, detaining part of a family unit continues to assault the sanctity of immigrant families and disparage their family values. Attempts in population control and social engineering by the eugenics movement led to fanatical “selective breeding” resulting in the sterilization following childbirth of thousands of Latinas, especially those of Puerto Rican and Mexican descent, without their knowledge or fully informed consent.[12] The 1996 federal welfare reform limiting recent immigrants’ access to Medicaid creates additional barriers to immigrant women’s access to reproductive health. Reports of forced hysterectomy and other gynecological procedures in the Irwin County ICE detention in Georgia are the latest examples of infringement of immigrant women’s reproductive rights as a means of control and deterrent.[13] Anti-immigrant zealots’ use terms such as “anchor babies” and out-of-wedlock birth rate among immigrant women (which is roughly equivalent to that of citizen women) to argue for restrictive immigration are examples of how immigration debate denigrates immigrants’ reproductive justice.

Health is a fundamental human right enshrined in the Universal Declaration of Human Rights and the International Covenant on Economic, Social and Cultural Rights. Reproductive justice is a crucial component of health justice, which we cannot achieve if reproductive justice is not on the agenda.

The draconian public charge regulation of the last administration and the corresponding chilling effects in the immigrant community spurred HILSC to launch the Connect for Healthcare project to improve immigrants’ access to healthcare and ultimately to health. By adopting a multidisciplinary approach, we build a network comprising providers in benefits enrollment, organizing and advocacy, legal services, and healthcare to create a “no wrong door” web where we leverage our relationship in the immigrant community and our diverse expertise to improve the immigrant community’s access to healthcare. We also partner with Children Defense Fund of Texas and Every Texan to launch the “Thawing the Chilling Effects” campaign to dispel rumors and misinformation about “public charge” and to provide resources to facilitate the immigrant community’s access to life-sustaining safety net programs such as food and shelter. For more information, check out our new webpage on Connect for Healthcare.

[2] A 2019 estimate placed Texas at the top of uninsured state at 24.5%, four percent higher than the next state with high uninsured population, and the Texas uninsured rate was almost twice the national average of 12.9% at the time. https://www.texmed.org/Template.aspx?id=5519.

[3] According to the 2022 Federal Poverty Guideline, an individual whose annual income is less than $13,590 is officially poor. At 138% of poverty guideline, it translates to $18,754 for one person and $38,295 for a family of four. https://aspe.hhs.gov/topics/poverty-economic-mobility/poverty-guidelines.

[9] Amanda Jean Stevenson, The Pregnancy-Related Mortality Impact of a Total Abortion Ban in the United States: A Research Note on Increased Deaths Due to Remaining Pregnant, 58 Demography, 2019-2028 (Oct. 25, 2021), https://read.dukeupress.edu/demography/article/58/6/2019/265968/The-Pregnancy-Related-Mortality-Impact-of-a-Total.

[10] Samantha Artiga, et al., What are the implications of the Overturning of Roe v. Wade for Racial Disparities? Kaiser Family Foundation, (July 15, 2022), https://www.kff.org/racial-equity-and-health-policy/issue-brief/what-are-the-implications-of-the-overturning-of-roe-v-wade-for-racial-disparities/.