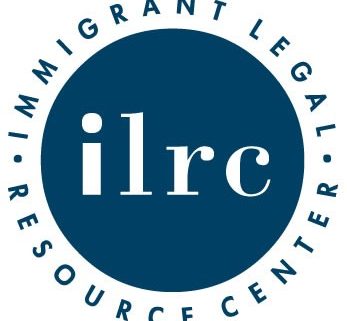 Em joined the ILRC in January 2018 as a San Joaquin Valley Law Fellow. They bring more than a decade of experience working with immigrant communities throughout the country, including Iowa, Chicago, Phoenix, New York City, and areas throughout California. As a law student at UC Berkeley, Em participated in the International Human Rights Law Clinic and interned at the ACLU Immigrants’ Rights Project, Dolores Street Community Services, and East Bay Community Law Center.

After obtaining a J.D. in 2014, Em was placed at Legal Services NYC as part of the inaugural class of Immigrant Justice Corps fellows in New York City. During this fellowship, Em provided direct representation to LGBTQ individuals, survivors of family violence, long-time permanent residents, and women and children recently arrived from Central America. Em also assisted detained women and children through the credible fear interview process at the Karnes Family Detention Center in Karnes, Texas.

Prior to joining ILRC, Em worked as an Attorney Advisor through the U.S. DOJ Attorney General Honors Program. In this position, they advised immigration judges in the San Francisco Immigration Court on issues related to grounds of removability, relief from removal, suppression of evidence, and the immigration consequences of criminal convictions and post-conviction relief. Em graduated with an M.A. in Latin American Studies from UC San Diego and is fluent in Spanish.

Erin Quinn is an attorney based in San Francisco. Her work focuses on building capacity of organizations and practitioners to assist immigrants. She conducts trainings on immigration law throughout the United States and provides legal expertise through the ILRC’s Attorney of the Day program. Erin has contributed to numerous ILRC publications as author or editor, including Removal Defense: Defending Immigrants in Immigration Court; Essentials of Asylum and many others. In addition, Erin works on issues related to immigration status and healthcare as well as consumer protection. She has published articles with LexisNexis Emerging Issues and American Immigration Lawyers Association (AILA).

Prior to coming to the ILRC, Erin represented immigrants in all aspects of their immigration matters, with an emphasis on removal defense and complex cases. She was owner and attorney at her own firm for 5 years after defending immigrants as an associate at the Law Office of Robert B. Jobe. Her experience in immigration law and policy includes working as a fellow for the United Nations High Commissioner for Refugees, EU headquarters in Belgium; clerking for the Immigration Court of San Francisco; and teaching courses as a lecturer at California State University, East Bay. Erin is on the Advisory Council for the Northern California Chapter of the American Immigration Lawyers Association (AILA), in which she serves as Consumer Protection Coordinator.

Erin holds a joint degree in law and public policy (JD/MPP) from the University of Michigan, where she was co-editor of Michigan Journal of Gender & Law. She received her undergraduate degree from University of California, Los Angeles, where she majored in English and Anthropology. She is a member of the California Bar and proficient in Spanish.

Melissa Rodgers is the Director of Programs based in San Francisco. She directs the New Americans Campaign (NAC), a national initiative for which the ILRC serves as the lead agency, which brings together national and local organizations in partnership with a funder collaborative to increase naturalization among eligible lawful permanent residents. She contributes to the ILRC’s manual entitled, Naturalization and U.S. Citizenship: The Essential Legal Guide.

Melissa, who joined the ILRC in 2013, started her legal career working with mainly immigrant clients at the Legal Aid Society of San Mateo County. She brings to the ILRC more than a decade of non-profit leadership experience. Prior to joining the ILRC, Melissa was the director of Blue Shield of California Foundation’s Health Care and Coverage program. Before that, she served as the Directing Attorney of the Child Care Law Center, the Associate Director of the UC Berkeley School of Law Center on Health, Economic & Family Security, and a Directing Attorney and Director of the Health Consumer Center at the Legal Aid Society of San Mateo County. She founded a medical-legal collaboration program with Lucile Packard Children’s Hospital at Stanford, created and co-taught medical-legal courses at both Stanford Law School/Stanford Medical School and University of California at Berkeley School of Law/University of California at San Francisco. She has authored articles, policy briefs, and reports in the area of health care.

Melissa has a Master’s of Education as well as a law degree with honors from Harvard University. She also has a Certificate in Non-Profit Management from the OneJustice Executive Fellowship program. Melissa is a member of the California bar. She is a native speaker of French and is conversant in Spanish.