The Notice is not a proposed or final rule, but rather notification to the public that it will be changing its policy. DHS asserts that it is not required to undergo notice-and-comment rulemaking but is nonetheless accepting comments for 60 days (until 9/23/19).

The American Immigration Council, along with the American Civil Liberties Union, have announced that they plan to sue the government to stop the expansion of expedited removal. 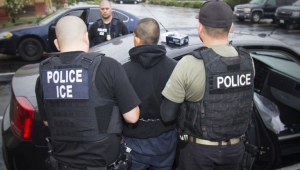 What is Expedited Removal?

Expedited removal is a fast-track process that immigration officials can use to quickly deport certain people from the United States without allowing them the opportunity to see a judge or an attorney before being deported.

A person can be put in expedited removal if:

They are stopped or apprehended anywhere in the U.S. and they:

**A person can also be placed in expedited removal proceedings if she arrives at a U.S. port of entry and is inadmissible due to a lack of valid entry documents or misrepresentations and false claims to U.S. citizenship.

There are some exceptions:

U.S. citizens, lawful permanent residents, and those with permission to live in the U.S. are not subject to expedited removal. If the person claims a fear of return (asylum), they will be  referred to a “credible fear” interview with an asylum officer. If the asylum officer decides that someone has a credible fear of persecution, they will be transferred into removal proceedings, and be entitled to a hearing with an immigration judge.

This feed is provided by The American Immigration Council.