Blog - Latest News
You are here: Home1 / Asylum2 / #MeToo for Refugees? Not if AG Sessions Has Anything to Say About It 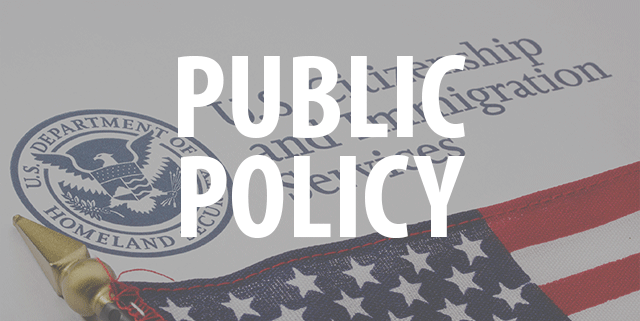 In Houston and around the country, immigrant women seeking refuge from domestic violence are more likely to face deportation under new Department of Justice decision.

As noted by the Center for Gender and Refugee Studies (CGRS), a member of Ms. A-B’s legal team, “Ms. A.B. fled to the United States after suffering 15 years of brutal violence at the hands of her ex-husband. He beat and kicked her, including while she was pregnant; bashed her head against a wall; threatened her with death while holding a knife to her throat and while brandishing a gun; and threatened to hang her. Ms. A.B. attempted to secure state protection, to no avail.”

The facts of Ms. A-B’s case are tragic, but not at all uncommon among refugee women who come to Houston in search of a safer life for themselves and their children.

“The issues underlying this decision point to a larger problem which enables violence against women to go under-reported and under-prosecuted both in the U.S. and abroad. Imagine suffering abuse from your intimate partner and availing yourself of every possible avenue for relief in your home country, but your country and its criminal justice system fails you. Where would you ago?” asks Rachna Khare, executive director of Daya Inc, a non-profit that provides holistic services for domestic violence survivors, specializing in South Asian clients. Moreover, “categorizing domestic violence as ‘private violence’ minimizes the role governments and patriarchal societal norms play in keeping women and girls oppressed and unsafe in their homes. As a public health crisis affecting 1 in 3 women worldwide, domestic violence is the opposite of a private matter.”

Hana is one such survivor, whose life was saved because of American asylum laws with assistance from Daya. Years of physical, sexual, and emotional abuse by her partner in Libya created a life where she felt she “couldn’t breathe” and “couldn’t see.” Throughout her marriage, Hana was forced to have sex with her abuser, often after episodes of physical violence that left her bruised on the ground. She described countless nights of being thrown, punched, and kicked. He would pull her hair and rape her, even during difficult moments of her pregnancies. As part of a traditional mixed family structure, her in-laws witnessed and partook in this abuse as well. There was nowhere she could safely report the behavior, and furthermore, spousal rape is not recognized in Libya as a crime.

Hana became cautiously hopeful when her husband secured an international scholarship for her at the University of Houston, allowing her and her children to come to the United States legally. Over time, Hana was empowered by the U.S. criminal justice system to call the police,  receive protection from her abuser, and eventually apply for asylum with the help of a pro bono attorney and Daya. After more than four years, an immigration judge in Houston granted her asylum claim, which was based on her past persecution as a victim of domestic violence.

Almost eight years later, Hana now helps others as an instructor at a local community college; she owns a house and her children are thriving.

“I still believe that coming to America was the right decision for my family, but with every turn comes more difficulties from the government,” Hana said of Jeff Session’s decision in the Matter of A-B. “The frequent deprivation of humanitarian needs caused by the unjust asylum law of America has left sorrow and pain in my heart.”

AG Session’s decision means that Hana may not have been able to secure her safety via the asylum process. Under his decision, the United States is more likely to deny asylum to women seeking protection from domestic violence and places doubt on the ability of women to receive protection from any form of persecution inflicted by individuals not acting on behalf of the government.

“In the 1940s, when the asylum definition was written, gender wasn’t a specific protected class – yet in recent years courts had been moving towards an understanding that the treatment of women in society merits special consideration. This decision is an attack on women’s rights and the progress we have made in ensuring that violence against women, including rape, is treated as seriously as any other crime,” said Andrea Guttin, legal director of the Houston Immigration Legal Services Collaborative.

Winning an asylum claim is already extraordinarily difficult anywhere, but particularly in Houston, which has one of the lowest asylum grant rates in the country,­. From 2012 through 2017 in the Houston immigration courts, judges have denied 86% of asylum claims because of the complex burden of proof and lack of legal representation for asylum seekers.

“I am outraged by the decision. By overturning previous legal precedent and changing long-settled U.S. policy, Jeff Sessions is creating conditions for women and girls who cannot get justice in their own countries, who have fled for their lives, and who are relying on the U.S.’s adherence to international legal standards, to be sent back to face abuse and death,” said Anne Chandler, executive director of the Tahirih Justice Center’s Houston office, which provides free legal representation to asylum seekers.

Tahirih recently encountered a woman, Sara* from Central America who came to Houston fleeing severe domestic abuse from her partner, who is the father of her young children. The first time Sara’s partner abused her, he beat her so badly she was hospitalized, and upon returning home, he promptly beat her again and she was returned to the hospital.  Though she filed a police report, nothing came of it and she became increasingly afraid of him and the abuse continued. He would constantly threaten her, saying if he ever saw her with another man he would kill her. On multiple occasions, he threatened to take their children away. When he was not home, Sara’s partner began to keep her and their children locked in the home, at times denying them food.  After a particularly violent beating, Sara gathered the courage to come to the United States with her children in the hopes of finding safety through the asylum process.

While Sara is now safe from immediate harm, Jeff Sessions’ decision puts Sara’s chances at winning her claim in serious jeopardy, which could mean deportation back into abuse and a legal system that will continue to fail her. If Houston is to truly be a welcoming city for all immigrants and refugees, we must recognize the local implications of decisions like this one. The deliberate erosion of the legal asylum system is one that should concern all Houstonians.

*not her real name

How to Help: Family Separation Edition
Scroll to top