On Remembering the Legacy of Dr. Martin Luther King Jr. 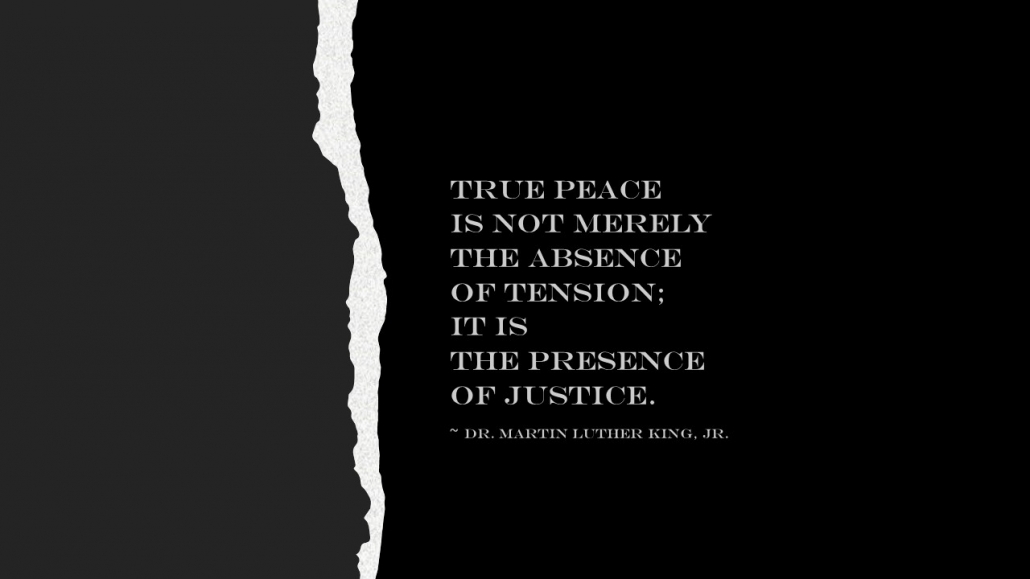 Every four years, we celebrate the birthday of Dr. Martin Luther King, Jr. and remember his legacy right before we, as a nation, inaugurate a new president or the second inauguration of the president who wins a second term in office. On November 7, 2020, we knew that we will be welcoming a new President with a Vice-president who is a historical first: first African American, first Indian American, and first woman to hold that office. Vice President-elect Kamala Harris is probably also the first person who is a child of immigrant parents to occupy that office.

A lot has been said and will be said about the riotous mob that stormed the Capitol last week attempting to undercut the pillars of democracy by violently disrupting the count of the electoral votes to officially confirm that Joseph R. Biden, Jr. won the election in November 2020. As we approach Martin Luther King, Jr. Day in 2021 following a momentous reckoning of our history of racial injustice, which played out not just last week, but much of last year, one must ponder what does it take to realize the Dream. I intend to write a piece in the near future to more fully address the complexities of what is happening, but here are a few thoughts.

In the narrow, and probably filthy and damp, jail cell in Birmingham, Dr. Martin Luther King, Jr. wrote a long letter explaining why the non-violent protest that landed him in jail was morally right and just. He admonished the reader that “injustice anywhere is a threat to justice everywhere.” He criticized those who might have out of good intention counselled African Americans fighting for equality and justice to wait for a “more convenient time.” He lamented that “[w]e will have to repent in this generation not merely for the hateful words and actions of the bad people but for the appalling silence of the good people.” All these still ring true today.

The Civil Rights Movement that culminated in the passage of the Civil Rights Act of 1964 ushered in a new age when we could envision the color of one’s skin may be neither an advantage nor a disadvantage. It also led to the overhaul of our immigration system, dismantling the preferences favoring those from the Western hemisphere by offering equal opportunity to everyone to immigrate to the United States without discrimination based on one’s national origin under the Immigration and Nationality Act of 1965. The United States acceded to the 1967 Protocol Relating to the Status of Refugees that expanded the definition of refugees beyond the post-World War II European context. During the decades following the Civil Rights Movement, Congress passed Voting Rights Act, Fair Housing Act, Equal Rights Amendment, Americans with Disabilities Act, to name a few. The courts also dismantled segregation in schools and public transportation, threw out laws prohibiting inter-racial marriages, recognized women’s reproductive rights and the rights of same sex couples. The laws might have changed in many ways, but the structures have not. Guardrails that were put in place by many civil rights laws were picked apart one by one such that gerrymandering is legal and voter suppression continues, to deny one’s right to meaningfully participate in the political and legislative process.  The struggle for civil rights continues.

More than half a century since the overhaul of our immigration system, generations of immigrants and refugees have settled in the United States, many leaving behind or fleeing totalitarian authoritarian regimes. On the eve of this Martin Luther King, Jr. Day, I recognize that I owe my existence in the United States as an immigrant to the civil rights warriors such as Martin Luther King, Jr., John Lewis, Rosa Parks, Malcolm X, Bayard Rustin, James Farmer, James Chaney, Andrew Goodman, Michael Schwerner, Hosea Williams, Whitney Young, Jr., and Roy Wilkins whose blood, sweat and lives propelled the Civil Rights Movement that lay the foundation for our present quest for racial equity.

The cry for racial justice is not merely to demand equal treatment regardless of racial identification, skin color or national origin. It is a call to fully realize the promise of democracy. It is our collective work to sort out what this promise is and how to achieve it.