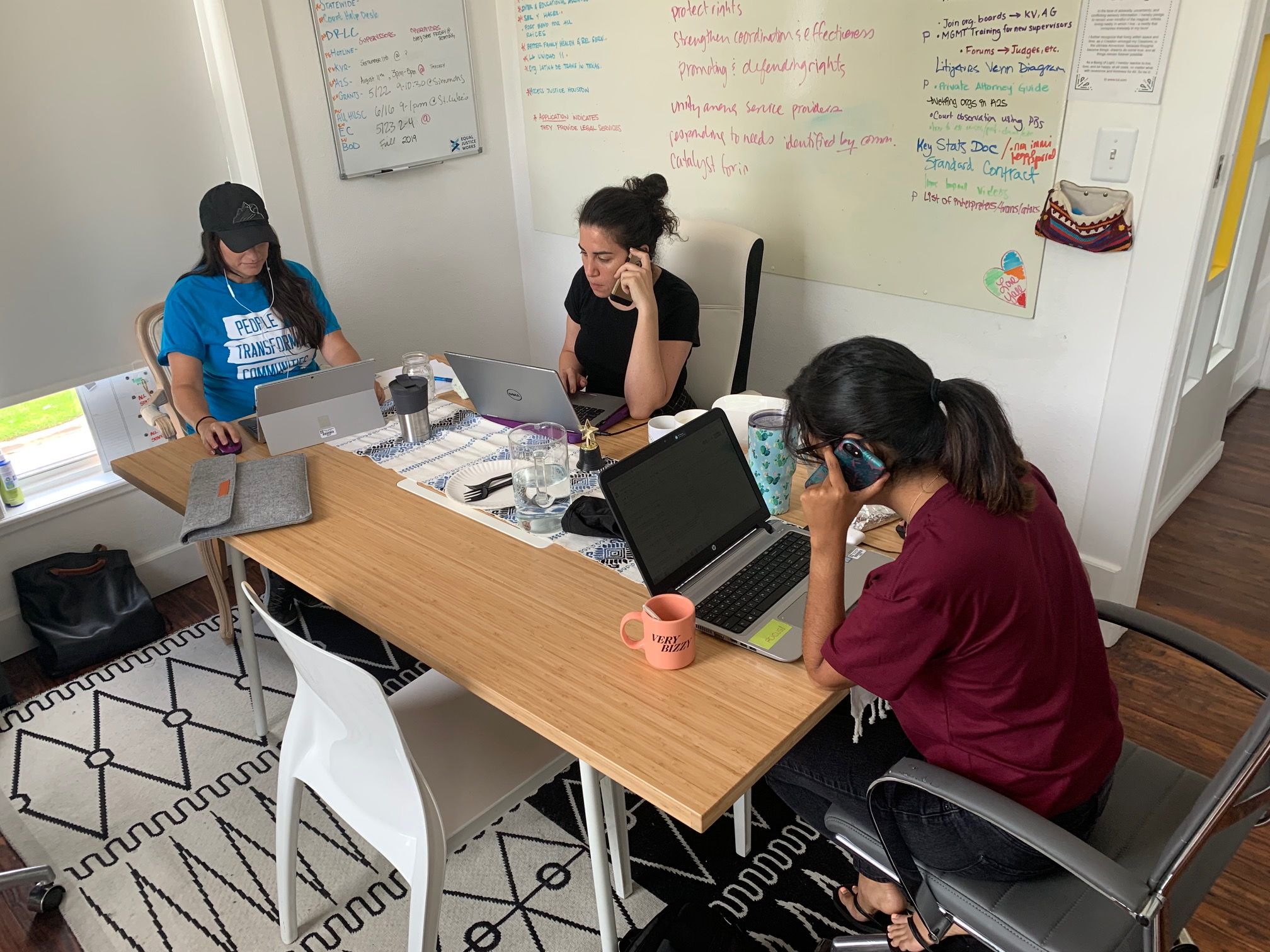 Since Sunday, July 14, the beginning of the so called “massive operation” to arrest and deport close to 2,000 people nationally, the Immigrant Rights Hotline has responded to hundreds of calls. The Hotline is staffed by BakerRipley, United We Dream, and Boat People SOS, and has been supported by volunteers to respond to high call volumes.  The calls fall into three major categories: 1) people who are calling to learn more about their rights, 2) callers looking for immigration legal services, and 3) calls from Houston families whose relatives are in immigration detention, though they were not picked up in recent raids. Today is supposed to be the final day of the targeted action.

“As a member of HILSC, BakerRipley provides critical information and valuable support like the Immigrants’ Rights Hotline to our community members, regardless of status or circumstance. In addition to our immigration program, our agency-wide effort is to keep our centers places of welcome for anyone who needs our resources and services.”

HILSC partners the Texas Organizing Project, United We Dream, La Unidad 11, and Fe y Justicia Worker Center have been working to verify reports of ICE sightings by speaking directly with people making the reports. As of today, we have confirmed 1 “raid” with one arrest; 4 locations where ICE was confirmed present, but no one was arrested; and 3 false alarms (no ICE presence). There have been several other reported ICE sightings that HILSC has not been able to verify. The confirmed arrest occurred at  El Paraiso Apartments (Beechnut and Corporate), Monday around 8am.

“We are working to ensure our entire community is prepared in the face of ICE. We provide the tools to empower our community, which are ready and available online. As a hotline, we provide callers with information about what to do if they encounter ICE, and even information on judicial warrants compared with administrative warrants. Our community has power, and we’re working to ensure their safety and a proper quality of life.”

At two of the locations where ICE was confirmed present but no arrests occurred, property owners actively asserted their rights not to allow ICE to enter their buildings because ICE did not have judicial warrants. These instances are examples of why community education about the rights that all people have in the United States is critically important.

“The effects of Trump’s deportation attempts were diminished by the work organizations like TOP and other members of HILSC have done to teach people their rights. The winning formula for countering the divisiveness and hate planted by the Trump administration is knowing your rights and being prepared to fight back. We will continue reaching out to the community to help them prepare to weather out Trump’s last 18 months in office, and to work with local elected officials to make Houston and Harris County not only welcoming to immigrants but safe havens.”

“We continue to urge Houstonians to ask City and County leaders to contribute to tax-payer funded deportation defense for our friends, neighbors, and community members. Houston, the most diverse city in the United States, has one of the highest rates of deportations – in fiscal year 2018 alone, ICE deported 15,899 people from our region. While we haven’t seen the ‘mass raids’ that the administration threatened, deportations happen every day in Houston.  We must strive to provide Houstonians facing deportation with legal information and a lawyer to ensure their fair day in court.”

Community members should continue to call HILSC’s Immigrant Rights Hotline at 1-833-HOU-IMMI (1-833-468-4664) to report an arrest or raid. Callers to the hotline will get referrals to immigration lawyers. The hotline also informs callers of how to assert their rights – from keeping their doors closed to ICE unless there is a warrant signed by a judge, and declining to answer questions about their place of birth or current immigration status. The hotline will be operating regular operating hours Monday through Friday, 9am to 5pm. Messages left during evenings or weekends will be returned within 24 hours.

Community members can support the Immigrant Rights Hotline and legal services for immigrants facing deportation by making a donation: https://www.houstonimmigration.org/donate/

BakerRipley is a Houston-based 501©(3) nonprofit that brings resources, education and connection to nearly 600,000 children, adults and seniors across Greater Houston each year. For more than a century, BakerRipley offers community-based programs and services to help low-income families in vulnerable neighborhoods get a foothold in the region’s economy.  The organization works with residents in 65 service locations to help them discover the strengths and skills necessary to become productive, prosperous and self-sufficient. BakerRipley is a United Way Agency.

Texas Organizing Project organizes Black and Latino communities in Dallas, Harris, Bexar and Fort Bend counties with the goal of transforming Texas into a state where working people of color have the power and representation they deserve. For more information, visit organizetexas.org.

United We Dream is the largest immigrant youth-led organization in the nation, a powerful network made up of over 400,000 members and 48 affiliate organizations across 26 states. UWD’s vision is to build a multi-racial, multi-ethnic movement of young people who organize and advocate at the local and national levels for the dignity and justice of immigrants and communities of color in the United States. You can find more about UWD online at www.unitedwedream.org. 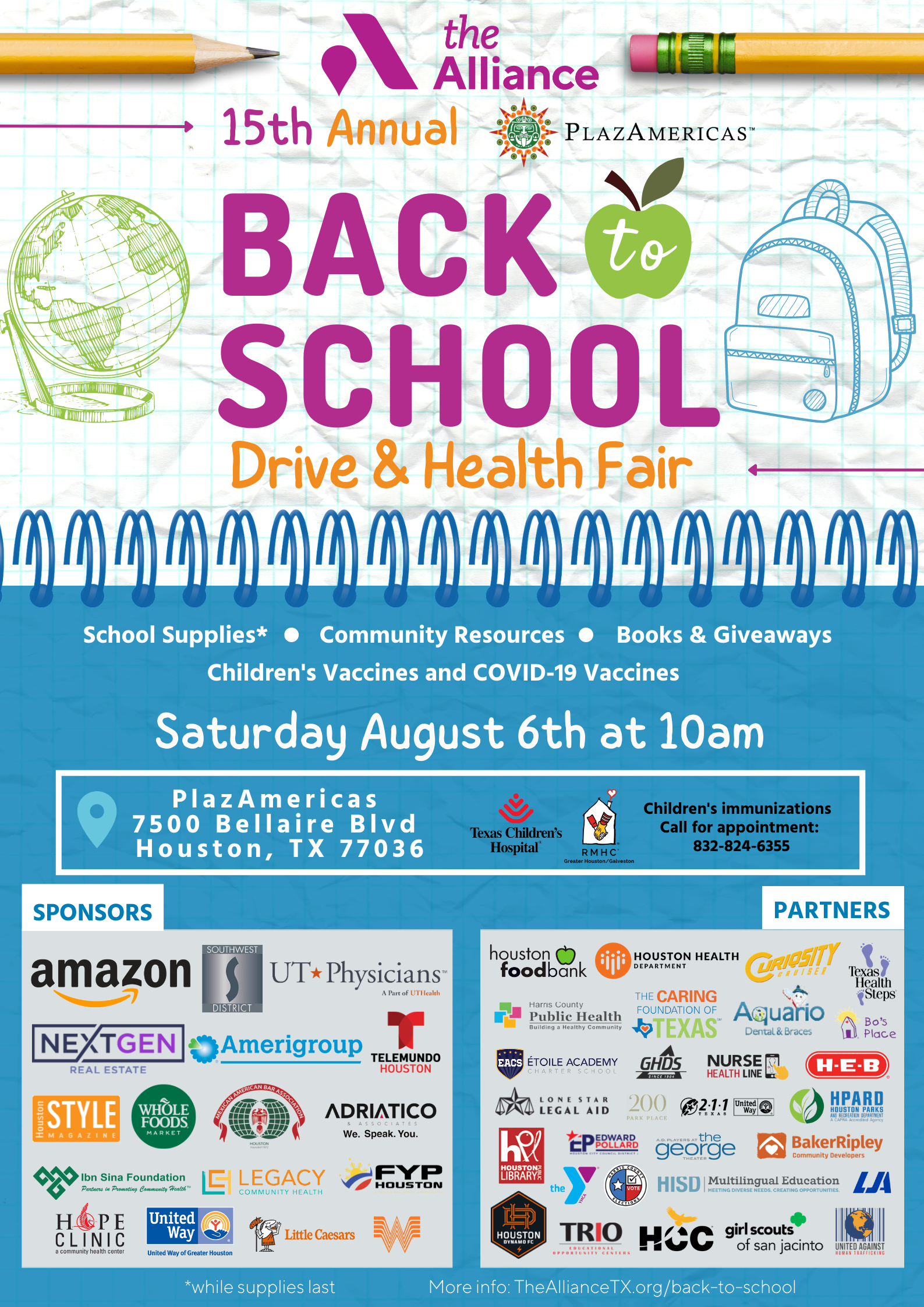