Blog - Latest News
You are here: Home1 / Current Events2 / What to Know About the Public Charge Final Rule

On September 9, 2022, Department of Homeland Security (DHS) issued the Final Rule on Public Charge Ground of Inadmissibility (Final Rule), which will become effective on December 23, 2022.[1] In the Final Rule, DHS acknowledges the chilling effects caused by the 2019 Public Charge rule that had deterred immigrant families from enrolling in healthcare and public benefits safety net programs. The Final Rule repeals the 2019 Public Charge rule and codifies the 1999 Field Guidance on Public Charge and provides more clarity on how immigration officials and consular officers will make public charge determination. The Final Rule applies only when an individual is seeking admission as an immigrant,[2] or applying for adjustment of status[3] to become a lawful permanent resident. Public charge evaluation is not relevant in green card renewal or at naturalization.

Which benefits are included in public charge determination?

One critical aspect of the Final Rule is that it defines “likely at any time to become a public charge” to mean “primarily dependent on government for subsistence,”[4] as demonstrated by the receipt of two categories of public benefits below listed:

“Primary dependence” connotes significant reliance on government for support that is something more than merely transient or supplementary.

A bright-line definition of “receipt”

The Final Rule also clarifies that receipt of such benefits is relevant for public charge determination only if the individual seeking an immigrant visa/lawful permanent residency is the beneficiary of the cash benefits or Medicaid-paid long-term institutionalization. The Final Rule makes clear that the following circumstances do not constitute “receipt”[9]:

The Final Rule makes clear that the receipt of other government assistance such as the following does not factor into the public charge determination[12]:

In the public notice, DHS also clarifies that Earned Income Tax Credit and Child Tax Credit will not factor into a public charge determination.[13]

The Final Rule defines “government” to mean “Federal, State, Tribal, territorial, or local government entity or entities of the United States.”[14] It does not include any non-governmental entities that may be administering federal funds as pass-through entities.

The Final Rule establishes five minimum statutory factors[15] that immigration officials and consular officers must consider in applying the “totality of circumstances”[16] evaluation of whether an individual is likely to become a “public charge”:

The Final Rule makes clear that DHS in making a public charge determination will favorably consider an Affidavit of Support, when required, that meets the statutory standard.[17] It also makes clear that one’s past or present receipt of public benefits along is not conclusive that one will become a public charge. DHS will instead consider (1) the amount, (2) the duration of receipt, and (3) recency of such receipt in its public charge evaluation. The final rule also makes clear that an individual’s disability is not alone a sufficient basis to determine whether one is likely to become a public charge. In evaluating one’s use of long-term institutionalization, DHS may not violate the Americans with Disability Act or the Rehabilitative Act.[18] Any DHS finding that one is likely to become a public charge must be done in writing that articulates the reason(s) of the finding and explicitly states how the official applies the statutory factors.[19]

The Final Rule also provides a detailed list of individuals who are exempt[20] from the public charge consideration, these include, among others, refugees, asylees, Afghan and Iraqi Interpreters, Cuban and Haitian entrants, Nicaraguans and Central Americans applying for adjustment of status under NACARA, Haitians applying for adjustment under Haitian Refugee Immigration Fairness Act, Lautenberg parolees, Special Immigrant Juveniles, individuals eligible for Registry under INA Section 249, individuals applying for or reregistering for Temporary Protected Status, applicants and recipients of U and T visa. In cases where individuals receive public benefits while in exempt status, the Final Rule also makes clear that DHS will not consider benefits received by the individual during the exempt period or for which the individual received a waiver.[21] In cases where DHS determine that an individual is likely to become a public charge, the Final Rule provides the procedures for USCIS or the consular officers to accept a public charge bond and procedures for cancelling such bond.[22]

The Final Rule provides the much-needed clarity to how DHS makes public charge determination. It is, however, important to note that the public charge rule does not change the underlying eligibility for federal means-tested public benefits program. Very few individuals without immigration status unless grandfathered under the Personal Responsibility and Work Opportunity Reconciliation Act[23] are eligible for federal benefits since 1996. The ultimate solution to achieving income and health equity in immigrant households is to recognize immigrants’ significant contribution to this country and completely repeal the public charge rule that has been in existence since the 1880s.

It’s almost that time of year again for the second annual Waymakers Run/Walk/Roll! The name for the Waymakers race was coined in honor of a girl from West Africa. When […]

Knowing how to object is crucial to effectively representing your client in immigration court. Objections help to protect witnesses, promote fair proceedings, and preserve the record for appeal. This interactive […]

This is the last webinar in the four-part series, “Dealing With Denials.” Webinar four is all about research and writing — the skills component of appeals and motions that may seem the […]

You are invited to Houston's premier refugee and immigrant art showcase celebrating the works of artists from around the globe who call Houston home. For more information... 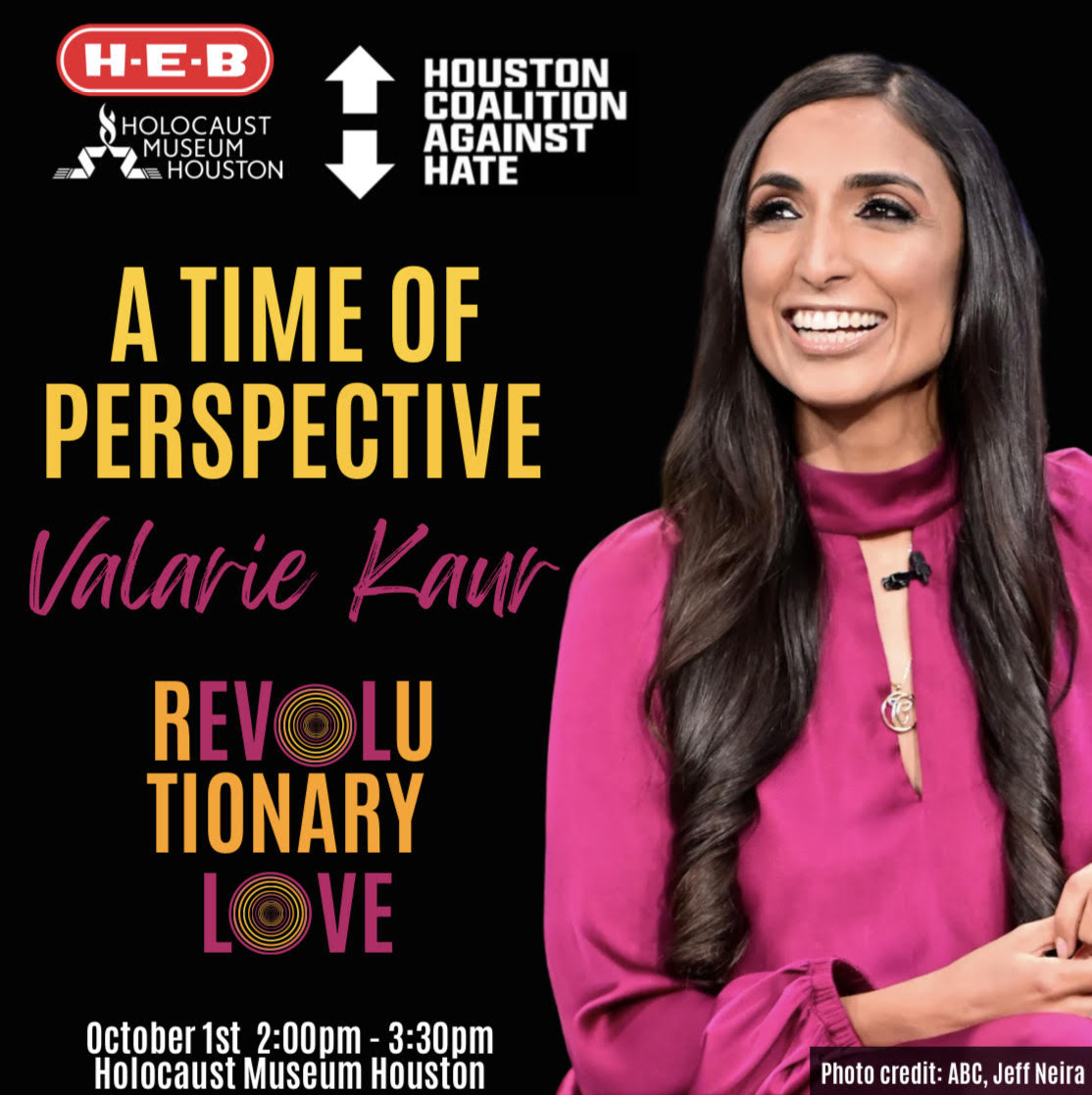 The Houston Coalition Against Hate (HCAH) in partnership with the Holocaust Museum Houston cordially invites you to the 2022 A Time of Perspective featuring Valarie Kaur. Kaur’s talk will draw […]

This is the first webinar in the two-part series, “U Visa Certification Advocacy: Creating Policies and Laws to Protect Immigrant Victims of Crime.” The first webinar of this two-part training […]

This is the first webinar in the four-part series, “Understanding and Preparing Waivers.” In this first webinar, the presenters will review the most common grounds of inadmissibility and the waivers […]

This webinar will provide immigration practitioners with an overview of the current prosecutorial discretion landscape, including the status of litigation challenging DHS’s enforcement priorities. We will discuss how that litigation […] 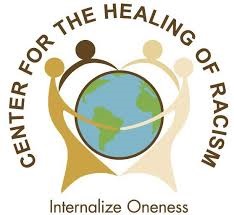 Join us for an evening celebrating the ways we rise up together and for each other. SPARK 2022 will bring together hundreds of Transgender Law Center (TLC) supporters and partners. […]

This is the second webinar in the four-part series, “Understanding and Preparing Waivers.” This webinar will explore the legal standard of "extreme hardship," whose meaning derives from case law and […]

This webinar is targeted to intermediate and advanced VAWA practitioners. We will cover changes in the USCIS policy manual and practice this year which are related to VAWA self-petitioners, including […]

This webinar will discuss the I-929 process for U visa principals to include qualifying family members when they adjust status. The presenters will cover eligibility requirements, current trends, and practice […]

Effective community outreach is important for building trust with immigrant populations, informing them about community resources and vital information, and ultimately for connecting them to services. Social media is an […]

This is the third webinar in the four-part series, “Understanding and Preparing Waivers.” This webinar will focus on preparing the declarations of the qualifying relative and the waiver applicant and […]

The Center for the Healing of Racism offers this two-day course, which provides a safe, respectful, and loving atmosphere where individuals can learn about racism, share personal experiences and dispel […]

This is the last webinar in the four-part series, “Understanding and Preparing Waivers.” This webinar will cover the I-601A provisional waiver program. The presenters will also cover how to present […]

The Center for the Healing of Racism offers this two-day course, which provides a safe, respectful, and loving atmosphere where individuals can learn about racism, share personal experiences and dispel […]

The Houston Immigrant Resource Hotline is here to help YOU! Call us M-F, 9-5
https://www.houstonimmigration.org/hotline